On the Rights, Dignity, and Independence of Women

Posted on September 30, 2018 by brettalansanders | 4 comments 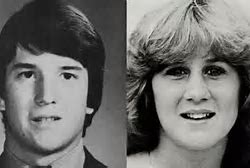 After the dignified, incredibly moving, and by-all-accounts credible testimony of Dr. Christine Blasey Ford before the Senate Judiciary Committee on Thursday morning – and the obscenity of the incoherent, self-pitying, entitled rant and political performance that followed in the afternoon – it seems necessary to address the rights, dignity, and self-determination of women.

It is, in fact, necessary in this moment when a President, a majority in Congress, and an impassioned minority of my fellow citizens might be favorable to legislation (or judicial fiat) that criminalizes, not only all abortion – from the moment of conception – but also reduces or eliminates access to contraceptives.

Not the Gilead of Margaret Atwood’s The Handmaid’s Tale, perhaps, as encountered in her book or adapted on the screen, but some version or other of a Theocratic Republic of America. And this is not merely some dystopian fantasy, but the most extreme version of anti-abortion policy under discussion within the halls of power.

If our politicians really care about the health and welfare of our women and children – as they emphatically proclaim – they should consider the words of the activist Benedictine nun, Sister Joan Chittister:

“I do not believe that just because you’re opposed to abortion that that makes you pro-life. In fact, I think in many cases, your morality is deeply lacking if all you want is a child born but not a child fed, not a child educated, not a child housed. And why would I think that you don’t? Because you don’t want any tax money to go there. That’s not pro-life. That’s pro-birth. We need a much broader conversation on what the morality of pro-life is.”

But let’s put those sermonics aside, for a moment, while I entertain you with an anecdote and some light-hearted “book talk” as drawn – and mischievously adapted – from my journal of 6/29/03. 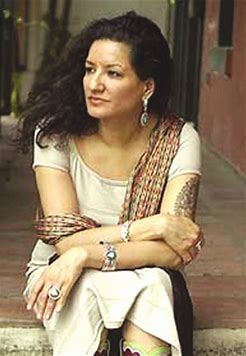 Last night at Capers while waiting on Anita, I created a stir by reading Loose Woman, by Sandra Cisneros, over a sinfully rich piece of rum cake with ice cream. Given the title – it hadn’t occurred to me to concern myself  about it – they were teasing Anita: “Hey, your husband’s over there reading about loose women!” Chris, the owner, approached me in his usual jocular manner and asked me if there weren’t any pictures in that book, folks were confused, they thought I might be reading pornography. Oh, just poetry. Though Lois, one of Anita’s waitress friends and an aspiring writer, had approached me earlier and said, “Oh, I like her books!”

I let him take me

over the threshold and over

the knee. I served and followed,

harbored up my things

They snickered at my choice

when he took over

Bedded and wifed him. 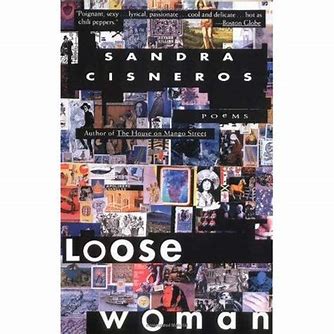 In other places Cisneros further explains her refusal to be tied down into marriage, which might ruin friendship, a fear learned from seeing many marriages of older women. The poem, superficially, might seem to be also about those women; but on the deeper level, the place of the writing’s heart, it is just the poem, which to her is husband, love, her own and sovereign life. It is perhaps both of those things, but mostly and surely the latter.

So instead – instead of good girl, obedient daughter, married and controlled and programmed woman – she’s wild. As in the title poem, of which I cite beginning and end:

They say I’m a beast.

And feast on it. When all along

I thought that’s what a woman was.

They say I’m a bitch.

the same and never winced.

In sum: Loose Woman is a fun read, linguistically and conceptually stimulating. But not for your stereotypical Sunday School teacher.

And let’s be honest: some things do need to be broken. None less than the base corruption of power and the moral turpitude that dominates our political reality and discourse, in these dis-United States of America, at this moment. The spectacle of what took place in the Senate this past Thursday – while Paul Ryan and his allies in the House pushed through another tax giveway for, primarily and most grandly, the billionaire class – is sufficient to make my point. Though countless disasters come to mind that fill out the picture and clamor for our simultaneous and no less urgent attention … 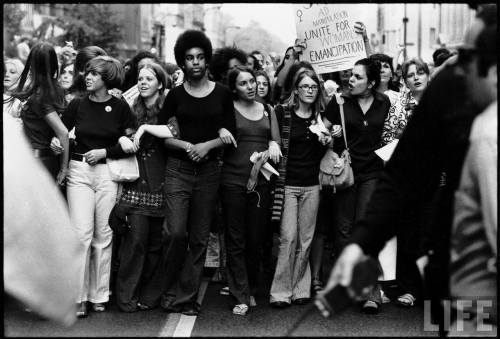 … the chipping away at social-welfare programs in order to pay for the continued detention of nearly 13,000 immigrant children in desert prison camps, without education or legal aid; our continual failure to confront the dark history, and present reality, of race in America; the dismantlement of every regulatory agency that stands in the way of unlimited greed and profit; the related and redoubled assault on the environment and casual indifference to the suffering of victims of Climate Change from Puerto Rico to Bangladesh to the Philippines, not to mention the melting ice cap and increasingly brutal storms, floods, and fires on our mainland; an ever-expanding military budget that supports the wanton murder of children in Syria and Yemen, Iraq and Afghanistan, maybe additional and undisclosed places hither and yon; the false equation of anti-Semitism for criticism of the State of Israel for its ongoing genocide in occupied Palestine …

My immediate subject is the rights and dignity of women, the much-disputed principle of their sovereignty over their own bodies – even if some of them behave in ways that our pioneer ancestresses might not have approved of.

My real subject is the actual sham and political theater of Thursday’s proceedings, which was the barest pretense of “listening” to the voice of a remarkably composed and collected woman (a prosecutor’s ideal witness, according to many observers).

My subject is the afternoon’s swift descent into the dominant politcal discourse of the day:  a bullying demeanor, a shaking of fists, a refusal to give straight answers to straight questions, an obnoxious and evasive sense of entitlement – the bluster, in the end, of a tribunal of privileged and dangerously powerful white men, some particularly old and, most, abundantly crotchety.

(And I use that word advisedly, with deliberate attention to its regular usage and dictionary definition – no crotch-related pun intended.)

From Kavanaugh to Grassley and countless others (and Grassley, at 85, fits the “old-and-crotchety” characterization marvelously well) – from this tribunal of arrogant power come, drip drip drip, the requisite commonplaces (paternalistic; dismissive) about how Dr. Ford was a credible witness and that something had probably happened to her sometime and someplace; but that, obviously the Immaculate Anointed One cannot have been present at that place, at that time, on that occasion: in that role; and the armchair psychologizing about displaced memory or whatever else – while the real psychologist in the room, who has testified convincingly about issues of trauma and memory, is ignored. 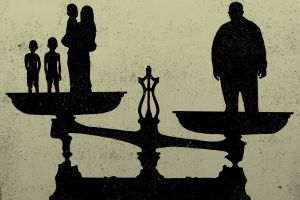 It has been pointed out many times that when a woman speaks of sexual assault – though she is usually telling the truth – her attacker’s version of truth is almost inevitably believed over hers. And she will inevitably be dismissed with the idiotic question (just open your ears and heart and you will have your answer!) of why she didn’t make her accusation 30 years ago.

I could go on about all the lies the Honorable Judge Kavanaugh has made in the course of these weeks and in 2006 when he was interviewed for his present job in the federal judiciary, but others have covered that topic relentlessly. As for the profusion of falsehoods committed during his Thursday Afternoon Tirade – if you have time time – see the dispassionate and detailed article by Nathan J. Robinson at Current Affairs, where he is the editor: [https://www.currentaffairs.org/2018/09/how-we-know-kavanaugh-is-lying]. I owe that link to my good friend, Charles Allen.

But the central fact of our political life at this crucial moment – the essential and monumental problem – is the sad state of civic discourse and the ancient arts of rhetoric (good, not mere rhetoric). Because, at the end of the day, at least in the eyes of those crotchety members of the Senate Judicial Committe (variously old or not so old), the testimony of that brave and embattled woman did not matter at all.

To those men, most of whose judgment was already set in stone, she was a mere prop, an appeasement to the liberal Democrats and unsettled masses. There was never a real intention to listen, to engage in a process of honest inquiry, to honestly strive to determine what is true or most likelely true in the matter before them.

That was clear from the moment Lindsey Graham opened his mouth and destroyed any pretense of civility and order, opening up the wave of bellicose rants and posturing that followed in defense of their man – the real bullies in the room, intent on the effective erasure of the woman who had spoken her inconvenient truth.

That entrenched and arbitrary power is the Leviathan that must be broken: at the ballot box, yes, but more importantly by an increasingly vigorous and honest practice of rhetoric – or of sustained dialogue, which requires a listening ear and an empathetic heart.

In the face of such a fractured media and so many contradictory voices, I suspect that much of it will have to happen face to face, citizen to citizen – with our neighbors who might not agree with us, but with whom we can find common cause – the harmony necessary to sustain, or to build, the structures of a functional democracy (as Paul Woodruff argues in his book First Democracy, which I have recently discussed in this space).

So bring on those loose women and the men who support them, the ones with spirit and verve, as well as (among so many other things) the wisdom to entrust women, not a bunch of power-mongers in our state or national centers of political power, with the governance of their own bodies. 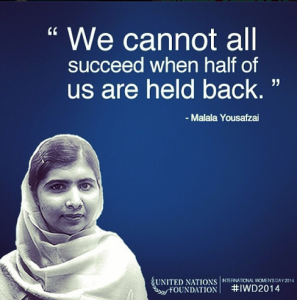 Feed, educate, and house them and their children, too (along with a few other small matters), and imagine what forgiveness and harmony might begin to sprout.

As Cisneros also writes, in an especially tender mood:

You Called Me Corazón

for me to forgive you.

To spirit a tiger

and the word blazed